In a time when mass surveillance and data harvesting are ever present and not a day goes by without news of companies selling user data for profit, Nym Technologies is building a next generation privacy network that can change the way people use the internet.

Chelsea Manning, a famous whistleblower and technologist, says “As methods for network traffic analysis have dramatically improved in the last decade, I have frequently called for research (most notably in 2016) into alternative methods to Tor that avoid exposing the data within the network to such analysis. Nym is one such viable alternative worthy of research, and developmental implementation.”

Nym was conceived in 2017 and was the first privacy project to receive funding from Binance Labs in 2018, followed by a $2.5M raise from other well known investors. Today, the actual design of Nym has been made public after extensive review by technologists like Chelsea Manning, academics like Carmela Troncoso, and venture capital firms like Polychain Capital. Carmela Troncoso (EPFL) notes “I spent a long part of my career working on improving mix-based anonymous communications systems. It is thrilling to see how the Nym team, a unique combination of expert software engineers and privacy experts, have made mixnets a reality.”

The Nym network is a generic, decentralized, and incentivized infrastructure that provides privacy to a broad range of applications and services, including any blockchain. A core component of Nym is a mixnet that protects the metadata of the internet packets sent to it with privacy superior to both VPNs and Tor.

Metadata is “data about data”, and includes IP addresses of the users, geolocations, information about who talked to who, when, and how often. All of this metadata can be monetized or used without users knowledge. Now it can be protected by Nym.

Anyone can join the network by running a node and get rewarded in NYM tokens for providing privacy to the network. Nodes do useful work anonymizing packets for users and services.

NYM tokens can be transformed into anonymous credentials that allow users to privately prove their “right to use” of services in a decentralized and verifiable manner. This allows users to be private at the network level as well as the application layer. Cosmos and the European Commission are amongst the many who have been supporting the use of Nym’s anonymous credentials. 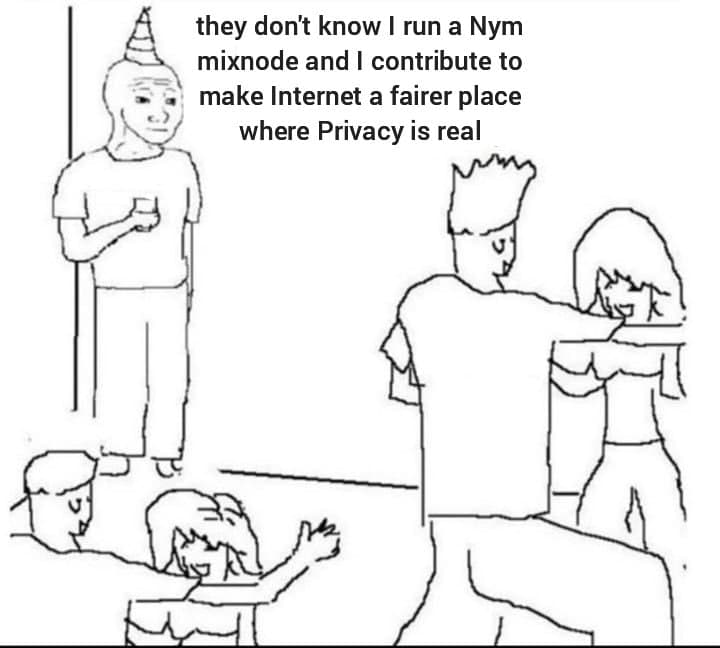 The 3rd-party applications and services that can integrate their systems to the Nym network to protect their users from malicious actors and preserve their privacy, range from crypto apps (wallets or DeFi projects), to messaging applications, IoT devices or literally any data transfers over the internet that can leak metadata.

Currently Nym is running an incentivized testnet with a 1500 capped number of nodes on the Liquid network, but this limit will raise in the next major release due to the high demand of people who want to join the network and test its features out.

Throughout human history, privacy has been considered a great asset and a prerequisite for freedom. However as  privacy was not built into the fabric of the internet, power is now in the hands of a few powerful players. Nym is setting off to change this and give power back to users so they can decide if and how they reveal their data. To know more about the technicalities, read the whitepaper or join the Nym Telegram channel to stay up to date.