Criminals have always targeted cryptocurrency enthusiasts for as long as people can remember. Ripple is becoming a major target in this regard. New XRP scams are popping up all over the place, putting the community on edge.

For quite some time now, there have been several types of XRP scams making the rounds. Ranging from fake giveaways to dubious livestreams and airdrop claims, it has all been tried before. Despite most people being aware of these issues, there are always users who fall for these cheap tactics.

In recent weeks, new XRP scams have come to the forefront. One type is an email scam which allegedly comes from Ripple itself. It talks about a proof-of-keys ownership and staking event. Very unusual, as Ripple’s network doesn’t support staking, nor is there any scheduled event whatsoever.

SCAM ALERT
This email made it past my junk filter and looks legit but it’s not. Somebody just messaged me because they’ve been scammed. Delete this email and don’t click on the link. Please RT.

What makes this scam so problematic is how legitimate it looks. Unlike previous mail-based attempts, this message is written in proper English without obvious spelling mistakes. The message(s) also use(s) more elaborate and “corporate’ language, further lending credibility to these XRP scams.

As was somewhat to be expected, at least one user lost nearly 100,000 XRP – currently valued at over $17,000 – in the hope of striking it rich very quickly. For reasons unknown, there will always be people who think that free money really exists. That is anything but the case, unless one works for a central bank where the printer goes Brrrr.

Ripple Responds, but Can’t do Much

These XRP scams create a lot of problems. Ripple itself is all too aware of what is going on, but the company remains powerless. All they can do is to help report these schemes, but that is often a rather futile battle.

As none of the scams occur through the Ripple platform itself, there is no real course of action. 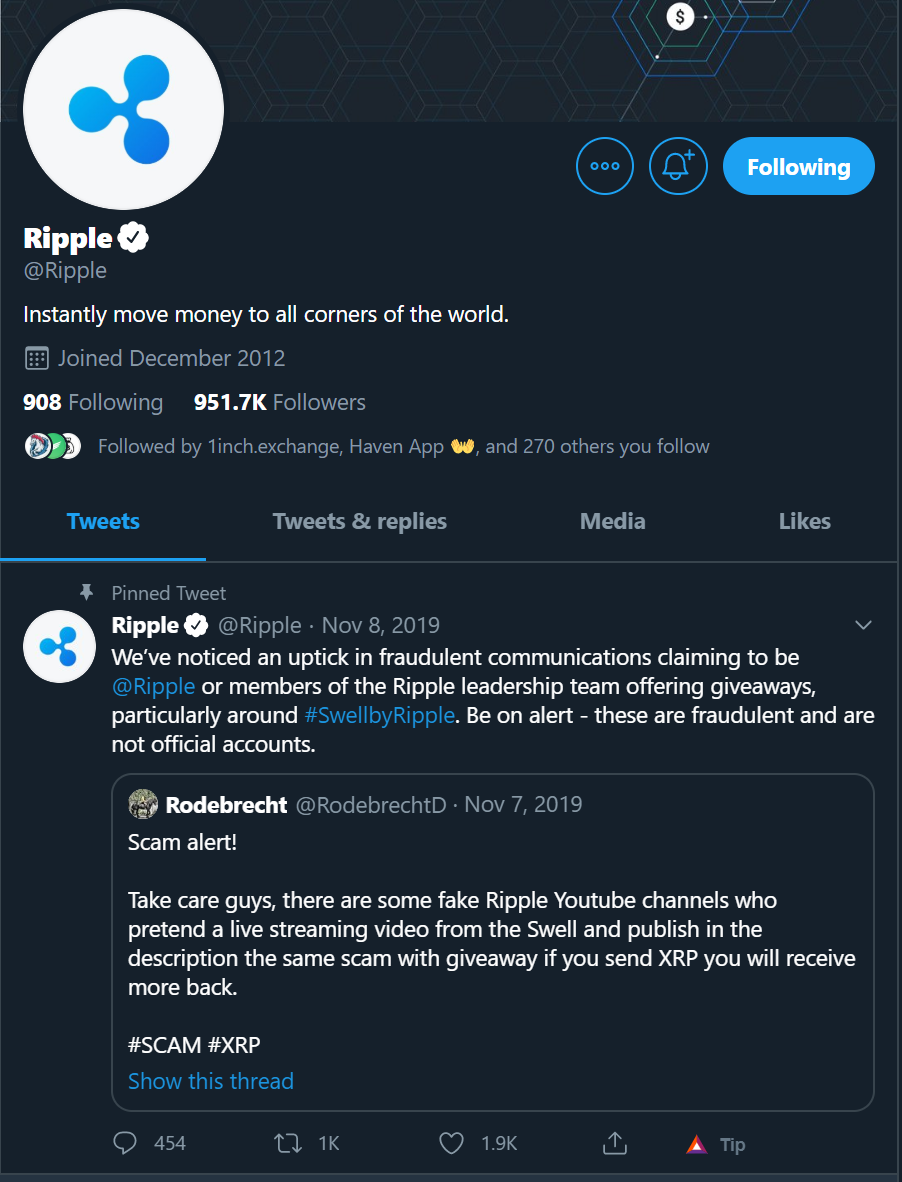 On social media, the company has pinned a warning to explain the situation to its community. Sadly, it seems unlikely that this will stem the flow of new XRP scams entering circulation.