Over the past 24 hours, Ripple’s native XRP asset has been rising the ranks quickly. With the price back above $0.2, the social excitement surrounding this asset is heating up once again.

Gaining value has seemingly become a lot easier in the past few weeks. Numerous alternative assets and currencies have surged in value. That list includes VeChain, Dogecoin, and now Ripple’s XRP. An interesting situation, albeit one has to wonder when Bitcoin will start flexing its muscles.

Following the recent 16% gain, the XRP price has now surpassed $0.2 once again. It has been a while since this value was recorded. Sustaining this level of growth will be very difficult, as several indicators already hint at a potential retrace in the coming hours.

Every individual metric needs to be taken in stride and compared to other tools. LunarCRUSH’s AltRank confirms that XRP is slipping a bit in terms of performance against other coins. While a current AltRank of 17 is still very decent, it represents a slip of 12 spots in the past 24 hours. Remarkable, considering the current XRP price momentum. 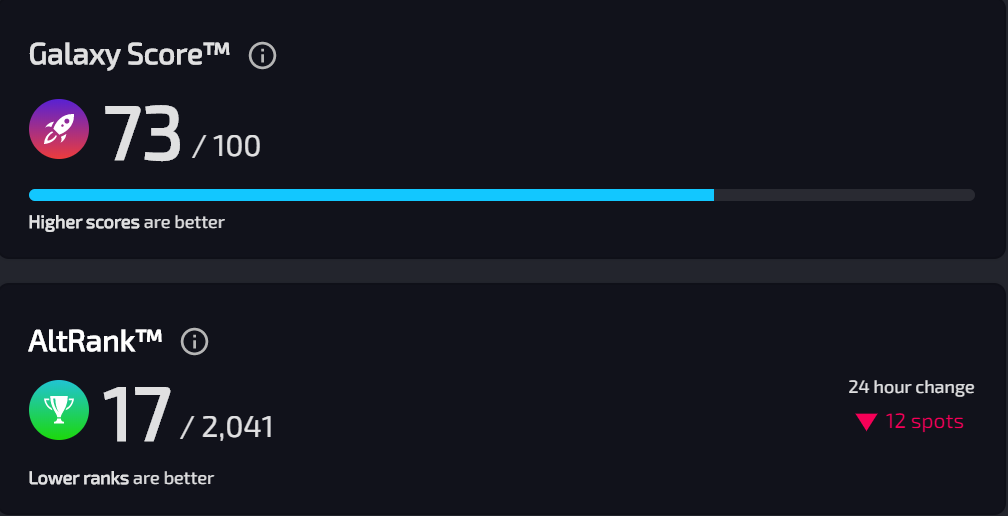 That being said, the current AltRank is still prominent. it shows that there is still some bullish momentum to keep things going, but there will be market resistance regardless. That is only to be expected after surpassing this “key threshold” of $0.2 in such quick succession.

On the other side of the spectrum, there is the social engagement regarding Ripple’s native asset. Social engagement, volume, contributors, and sentiment is all on the rise. This confirms that people are paying a lot more attention to this asset, primarily due to the XRP price increase over the past 24 hours.

Similar to Dogecoin yesterday, however, XRP usually has solid social engagement at all times. This is apparent when looking at the statistics above. There are always ample social posts and news articles. All of these factors are now moving up again. Another interesting factor is how 78% of social contributors are bullish, which is a mere 0.7% increase. 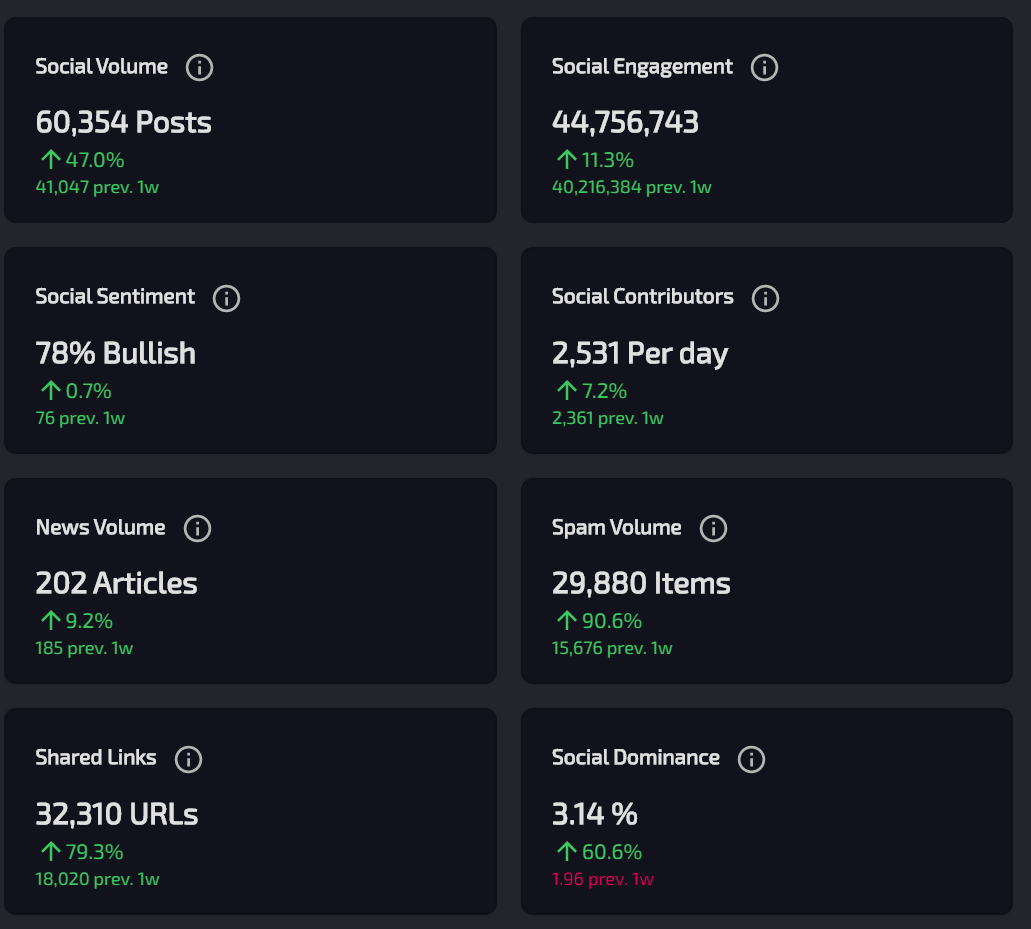 In terms of social dominance, XRP is firing on all cylinders. A nice 60% increase on social dominance is rather telling, given how there are thousands of crypto assets on the market today. Remaining relevant has proven difficult for a lot of projects but Ripple’s assets will always be a part of active discussions.

The post Can the Active Social Engagement Sustain the XRP Price Surge? appeared first on CryptoMode.