Home / News / Bitcoin Tends to be Bullish Near the 4th of July, but Bearish in December

Over the past two years, there has always been some Bitcoin price action near the 4th of July. This year seems to be slightly different, as the lack of market momentum is rather apparent.

In 2018, the Bitcoin price hit $6,537 on the 4th of July. While that was a pretty interesting ordeal at the time, it also ushered in a steep price surge in the weeks after. Just three weeks later, the same Bitcoin was worth $8,422. It is a notable price increase, as a near $20% gain in three weeks tends to please a lot of traders.

That momentum did not last too long unfortunately. By mid-December of 2018, the Bitcoin value has continued to take a serious beating, and dropped to $3,222. All of the bullish momentum generated during the month of July evaporated in quick succession. 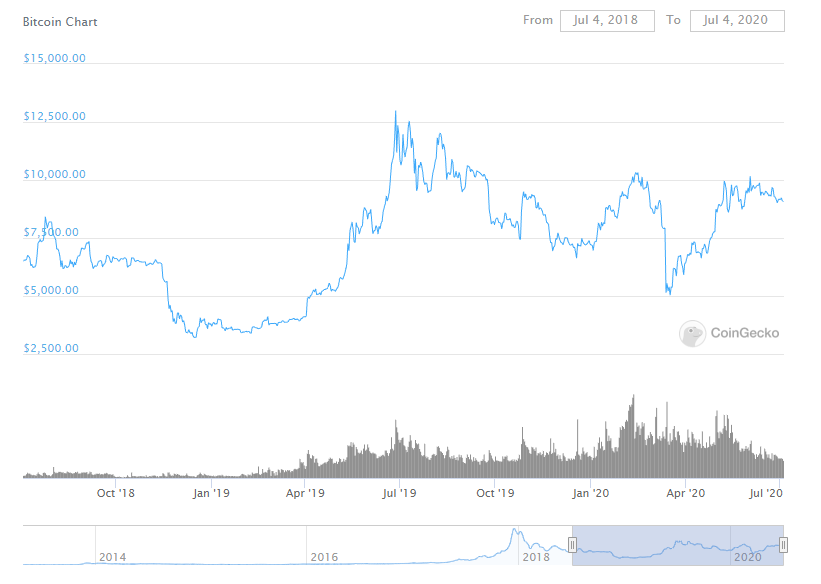 A similar story took place in 2019. On the 4th of July, Bitcoin had surged to $11,975. It is a remarkable recovery, given the low value hit just seven months prior. Such strong growth further fueled the overall bullish sentiment toward the world’s leading crypto asset.

Despite this show of fireworks, the momentum wasn’t to last either. In mid-December of 2019, the price had crashed to $7,427 once again. It almost seems as if the BTC value drifts near these same levels time and time again.

Fast forward to today, and it seems as if there may be another mino Bitcoin price breakout on the horizon. The BTC value has remained virtually flat in recent weeks, and shows no signs of breaking $10,000. However, it is still possible that a short-term bull run will be launched in the weeks to come.

Assuming that is the case, one has to wonder what the price in December 2020 will be. If the past two years are any indication, the value will continue to slip again. Bitcoin price fireworks on the 4th of July are no guarantee for long-term bullish momentum, by any means.

The post Bitcoin Tends to be Bullish Near the 4th of July, but Bearish in December appeared first on CryptoMode.