Many people often dismiss Litecoin as a less successful copy of Bitcoin. That is anything but the case, as the project has received a lot of positive attention since its inception. Now is a good time to take a closer look at some often overlooked statistics for the silver to Bitcoin’s gold.

According to the data gathered by LunarCRUSH, Litecoin has performed admirably since its creation many years ago. Although it is still looked down upon more often than not, the current social sentiment cannot be ignored.

On Twitter, there have been over 563,000 LTC-related Tweets in the first half of 2020. That may not seem like all that much, but it is a very decent figure, all things considered.  Continuing to improve upon this number will be crucial, especially given the competition among alternative crypto assets today.

On Reddit, things are not looking all that bad for LTC either. With 11,539 posts and/or comments regarding Litecoin this year, its subreddit is relatively active even today.

One also has to keep in mind that Reddit is seemingly losing some traction among cryptocurrency enthusiasts, especially where coin-specific subreddits are concerned. Most content is being dumped on /r/cryptocurrency these days. 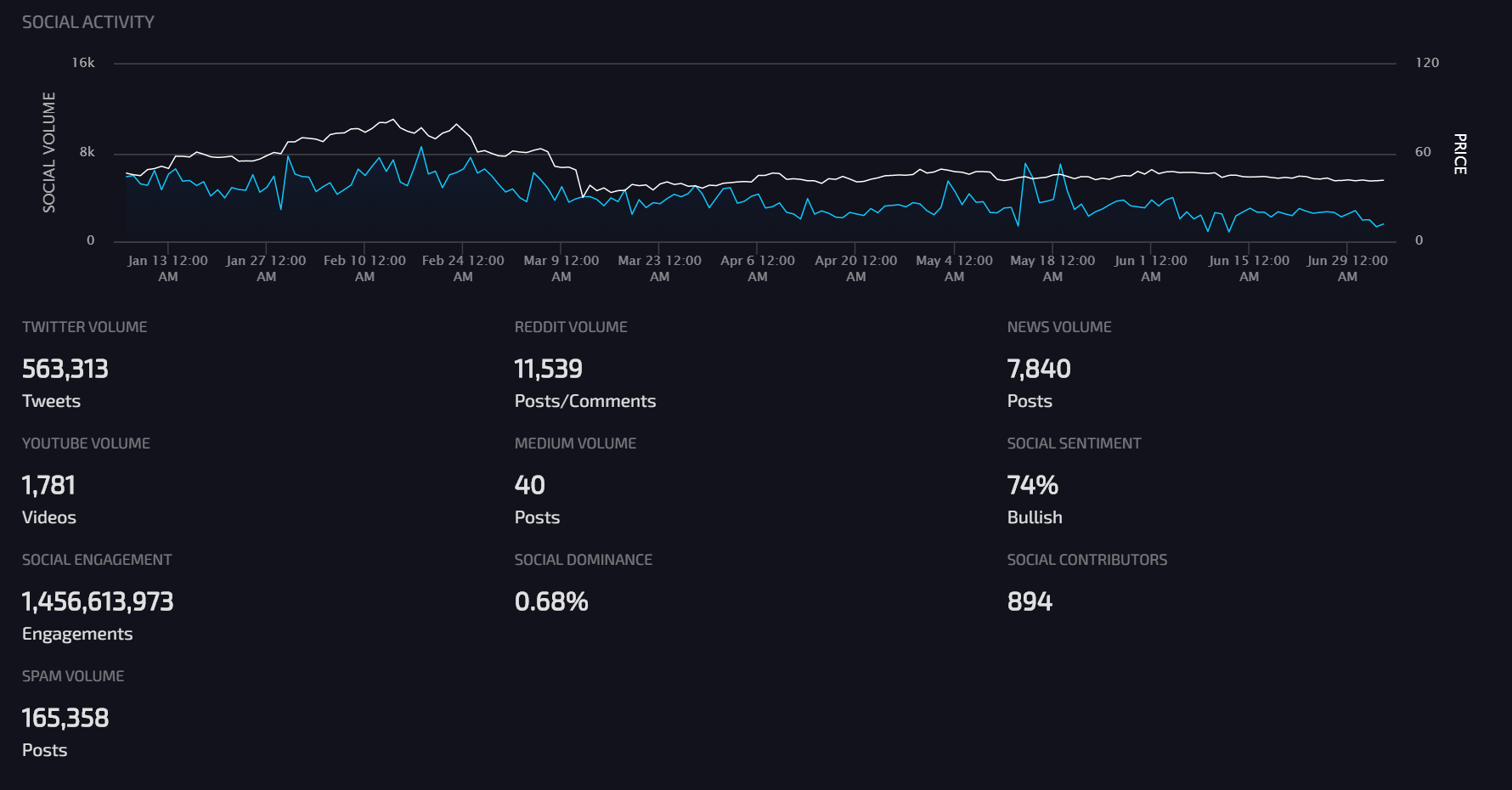 All things considered, Litecoin has 1,456,613,973 social engagements under its belt in the first six months of the year.. A very respectable number, considering how there are – roughly estimated – fewer than 900 social contributors who generate a buzz on a regular basis.

This represents a social dominance of 0.68%, a figure that certainly needs to be improved in the months and years to come.

Litecoin in the News

There are many cryptocurrencies on the market today,  yet very few of them effectively gain any media coverage these days. As the Google Trends have shown, Bitcoin is the dominant term, thus it is crucial for news sites to cater to that term. For Litecoin, it has yielded a moderate amount of news posts, with 7,840 recorded this year.

On Medium, there are an estimated 40 posts, which seems relatively low. This does not include any spam posts or content that has been rehashed from somewhere else. Speaking of spam volume, LTC notes 165,358 spam posts, which is quite a lot. This is a trend affecting all crypto assets, including Bitcoin.

YouTube also hasn’t been a great home for Litecoin-oriented content. Despite hosting 1,781 videos pertaining to LTC in 2020, it isn’t doing much to improve the public perception of this project. That being said, there are some decentralized video platforms in development, which may be a better fit for any crypto asset content overall.

In the price department, Litecoin hasn’t surprised too many people as of late either. The year 2020 has been fairly “boring”, as very little has changed. The early surge to above $75 in February seems long forgotten by now, as the current price is 10.4% lower compared to when the year started. 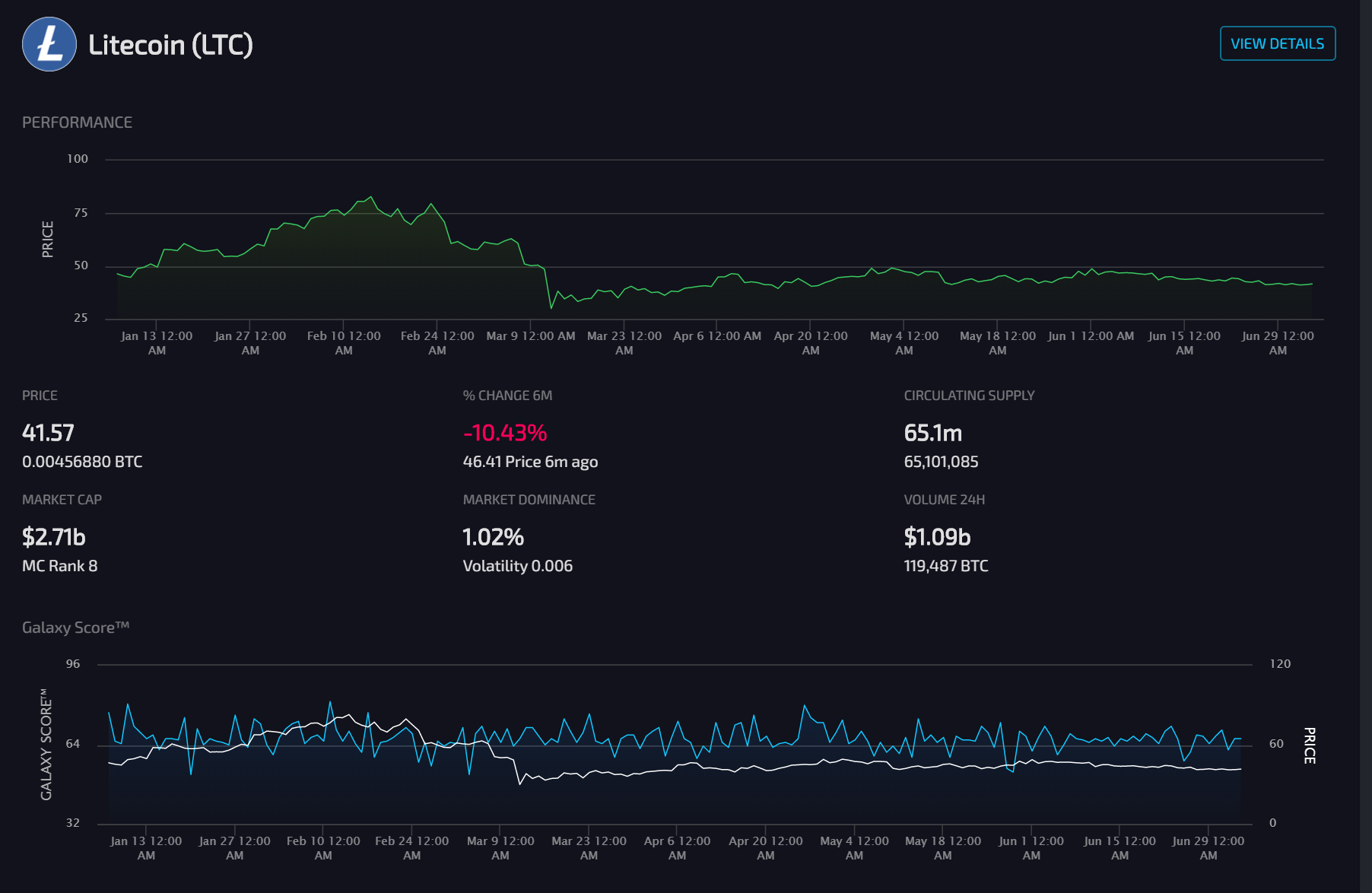 Despite the price struggle, 74% of the social sentiment for Litecoin remains bullish. This seems to indicate that a lot of people expect the price to move up again in the near future. Whether that will effectively be the case, is difficult to determine. Everything hinges on Bitcoin’s momentum, after all.

The post 74% of Litecoin Enthusiasts Maintain a Bullish Outlook appeared first on CryptoMode.