Comparing the different daily transaction count of different crypto assets is always worthwhile. It can often confirm one’s suspicion or worst fears. The year 2020 has been very positive for EOS so far, as well as XRP. Ethereum and Bitcoin remain firmly where they were before.

EOS is the King of Transactions

Although most people wouldn’t necessarily expect it, EOS is the busiest blockchain of these four crypto assets.  It notes the highest transaction numbers on a daily basis for quite some time now. That in itself is remarkable, considering how XRP was still ahead of EOS in the beginning of 2020. 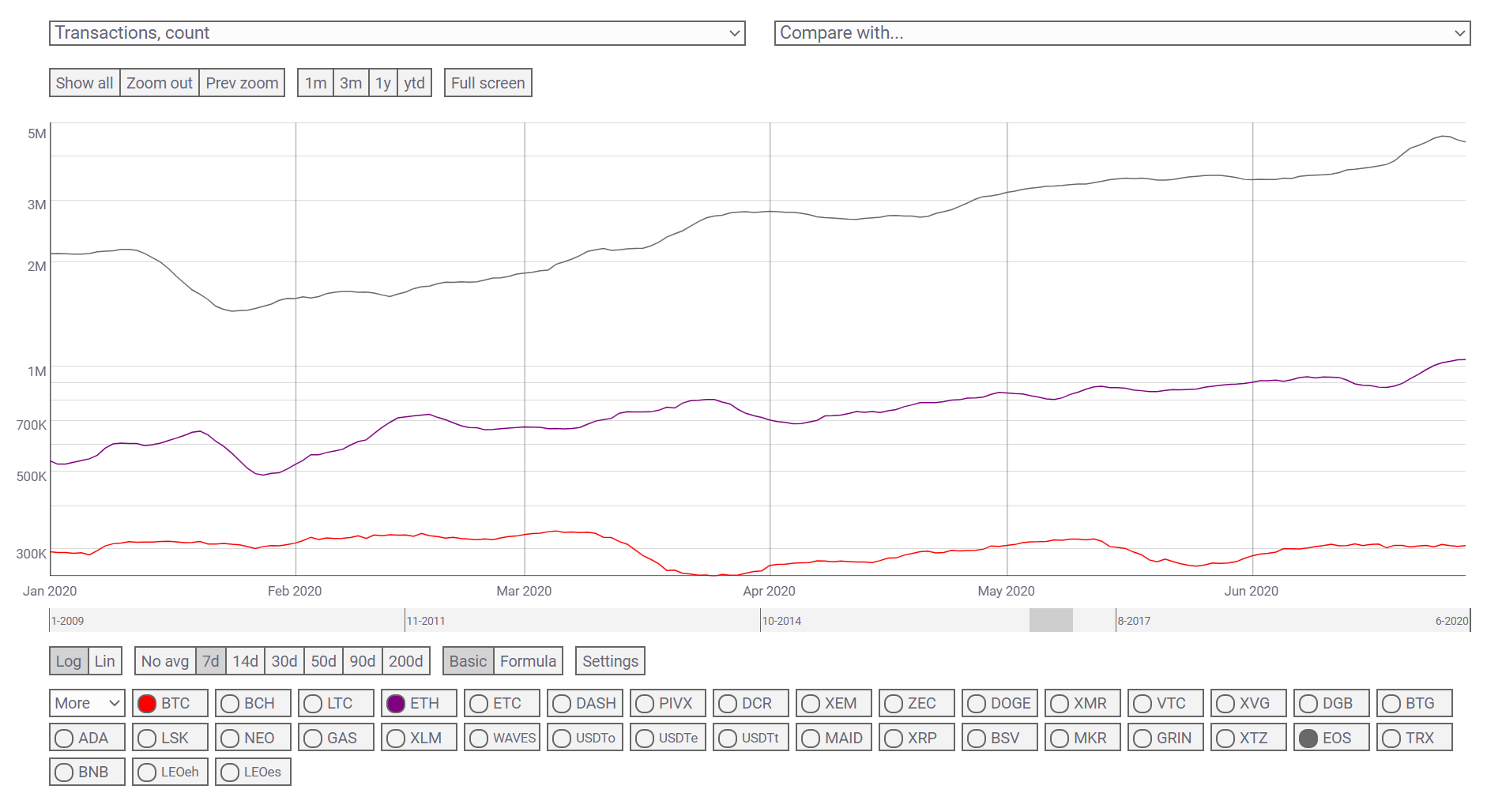 Ever since mid-January, the momentum has shifted significantly. Overall, the number of daily transactions on EOS has kept rising for the past few months. Sustaining such strong growth is remarkable, considering how most people don’t give EOS a second glance.

Currently, the EOS network notes a daily transaction count of 2.6 million TX. That is an astonishingly high figure, especially when compared to XRP, Ethereum, and Bitcoin. A lot of transactions don’t automatically make EOS more successful per se. The project caters to different users compared to all other projects on the list.

Where are Transactions Coming From?

Similar to Ethereum, EOS has its own set of smart contracts and dApps. All of these offerings will contribute to the overall network transaction count on a daily basis.

Gambling dApps are always popular in this regard. EOS Certainly has plenty of those offerings in the list, which is well worth keeping an eye on. 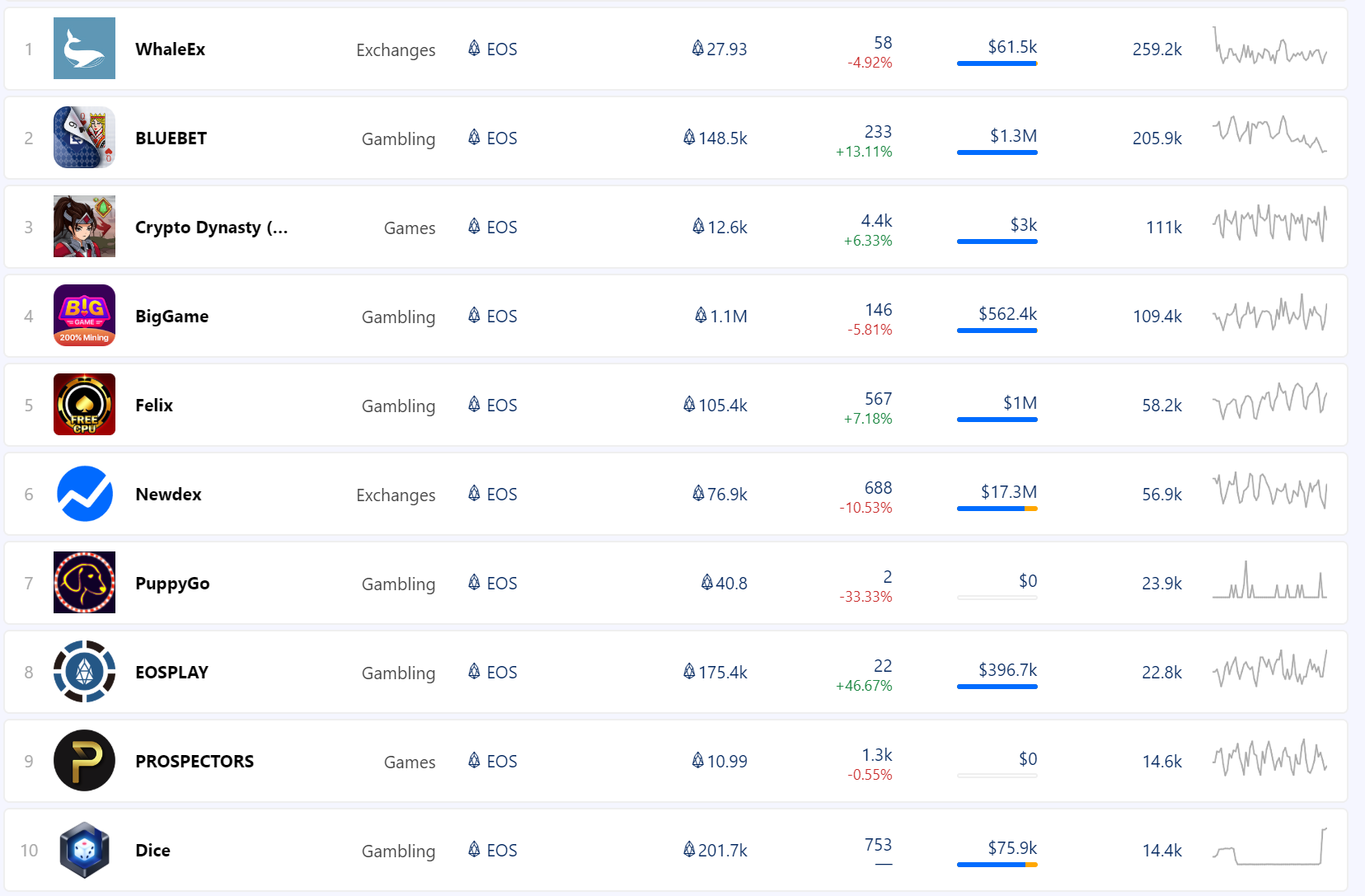 Its DeFi ecosystem is very small, although it seems as if things may change for the better in this department as well.

Last but not least, there are a few exchange offerings that generate ample transactions. While their overall transfer volume may be relatively low, it could explain why EOS’ daily transaction count has increased sharply since early 2020.

Even so, the dApps and smart contracts do not necessarily explain all of the daily transactions either. On-chain movements by exchanges and trading platforms will certainly contribute to the overall volume.

Empty Blocks are Still a Thing

What is rather interesting is how EOS produces plenty of blocks with 0 transactions as well. According to EOStracker – as can be seen in the screenshot below – there aren’t always transactions in network blocks. This creates a bit of an awkward scenario. 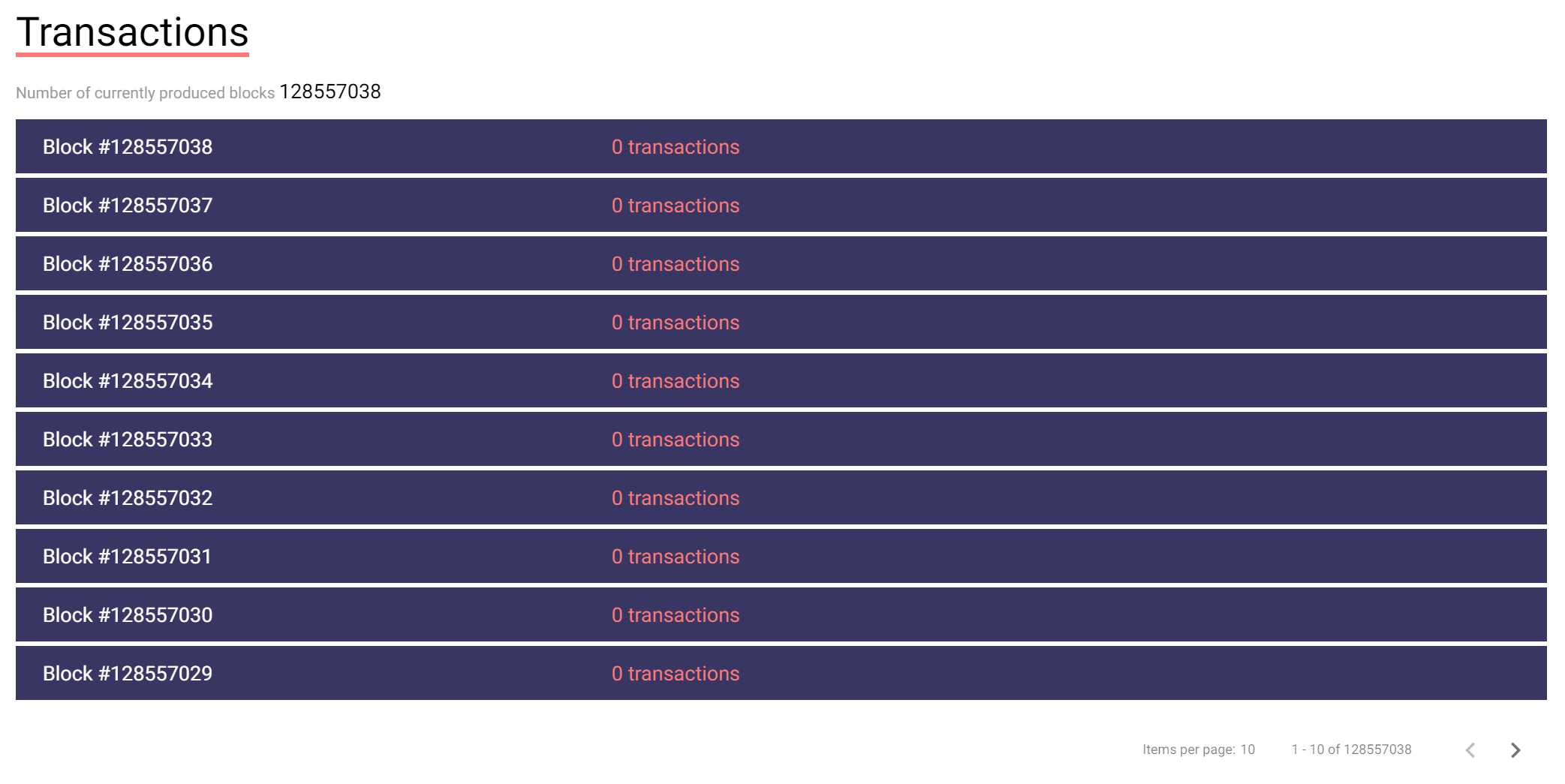 This confirms that there may be room for further transactional growth as far as EOS is concerned. Filling all of the network blocks on the network has been tough. A shorter block time isn’t always beneficial unless there is a constant flow of transactions waiting to be processed.