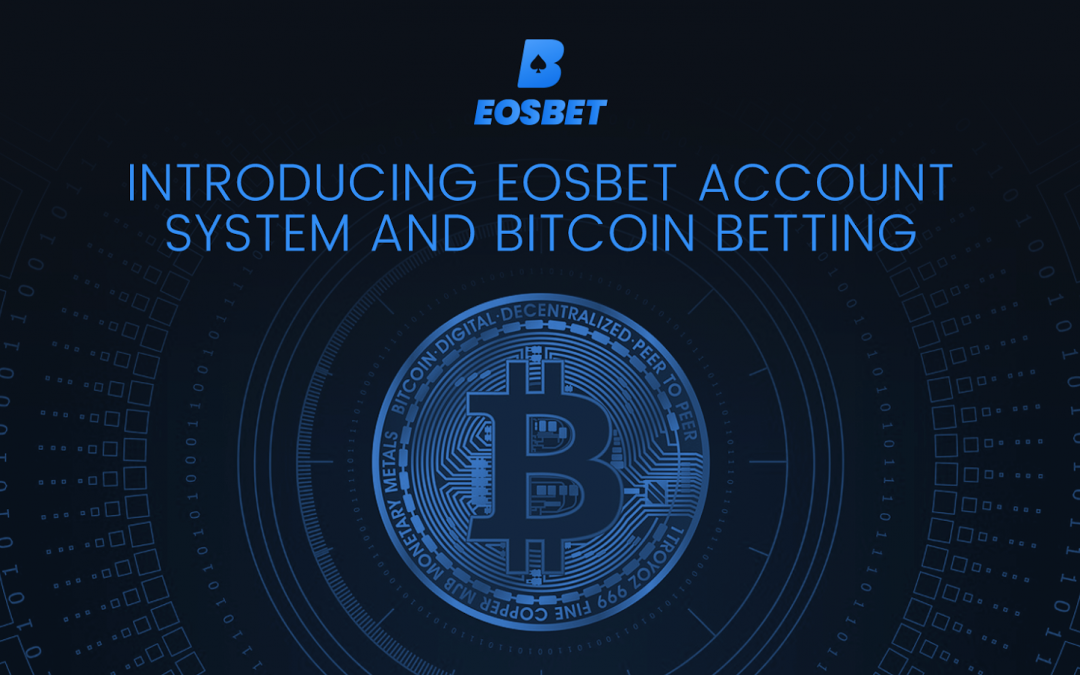 February 20th, 2019, Willemstad, Curacao – At the end of 2018, EOSBet received an official online gambling license and certified itself as one of the top-rated EOS dapps. EOSBet has stormed into 2019 releasing a decentralised account system along with native Bitcoin deposits and betting.

Typically, interacting and engaging with blockchain technology has numerous entry barriers, such as setting up cryptocurrency wallets after going through the lengthy process of obtaining cryptocurrency in the first place.

However, the EOSBet team worked to develop a system which enables users to deposit funds from any source and easily bet without the use of a wallet or 3rd party software. This system also covers all blockchain costs for players, allowing them to play just as easily on a decentralised casino as a traditional centralised one.

Like all other aspects of the platform, EOSBet’s account system is decentralised and completely on-chain. All actions are fully viewable on any block explorer and become permanently part of the EOS blockchain. The system is also non-custodial, meaning players always maintain complete and sole control of their funds.

EOSBet has stated that they built this system with the average non-technical gambler in mind. The two-click sign up process is simple, intuitive, and easier than creating an account on many centralised sites. This advancement allows non-EOS account holders to bet securely and participate in EOSBet’s exceptionally generous player rewards program, opening the door to new markets. One month after launch, the account system has over 280 users who have collectively bet over $1.3M USD.

EOSBet has become the first on-chain casino to natively accept Bitcoin, with many more currency implementations on the way. Players simply deposit BTC to their accounts, play instantly, and withdraw when they please.

This development is a significant step forward in the company’s stated goal of bringing thousands of new users to the platform. Bitcoin gambling is a multi-billion dollar market, with hundreds of BTC bets placed each second on various centralised sites. EOSBet’s provable fairness, full decentralisation, and attractive player rewards program offer an enticing reason for players to move to the platform.

Additionally, the team plans to accept BCH, BSV, LTC, DASH, DOGE, ETH, TRON, and XRP. The high-speed gameplay users have come to expect from EOSBet will not change regardless of the currency used. BET token holders will receive dividends for life in all currencies offered. To date, the platform has distributed over $2M USD as part of its Player Rewards Program.

The platform is also expected to launch two new games, a stimulating leaderboard, and a token distribution program in Q1 2019. Off to a hot start this year, the top-ranked blockchain casino is looking to take the online gambling world by storm and bring a compelling blockchain use case to the mainstream.

EOSBET is the source of this content. Virtual currency is not legal tender, is not backed by the government, and accounts and value balances are not subject to consumer protections. Cryptocurrencies and tokens are extremely volatile. There is no guarantee of a stable value, or of any value at all

Disclaimer: This is a Sponsored Press Release.

The post EOSBet Marches Toward Mass Adoption With Launch of Account System and Bitcoin Betting appeared first on NullTX.