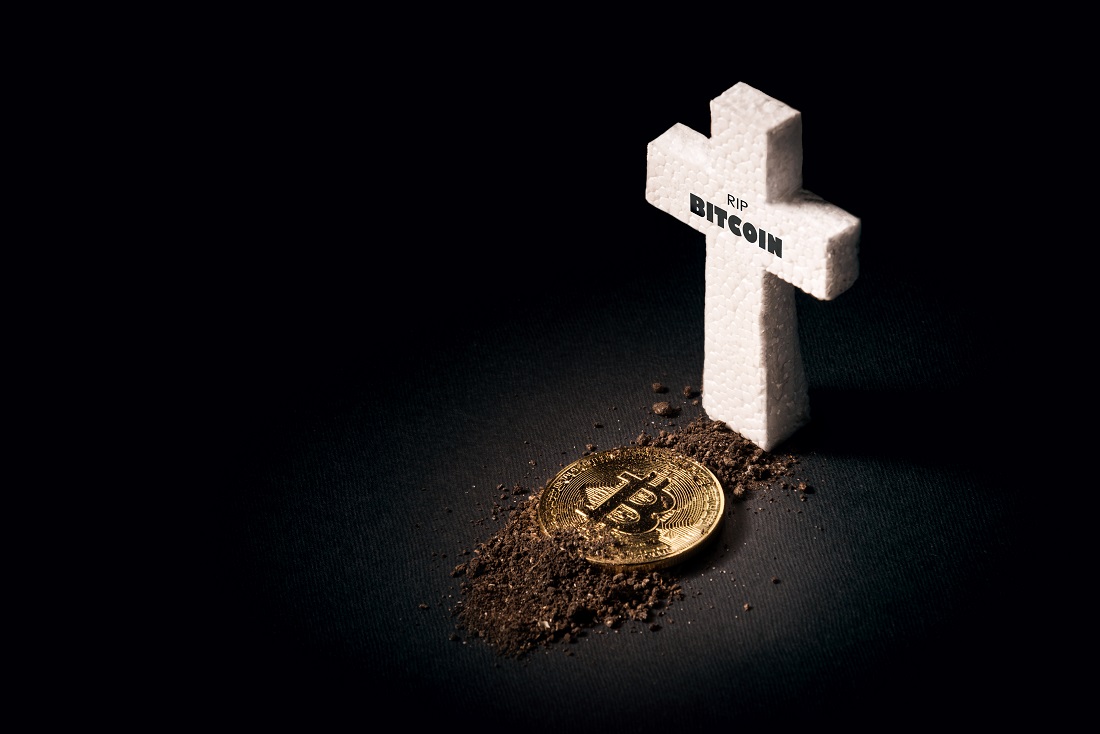 Bitcoin has failed in its attempt to be a currency and stands no chance of succeeding in this role in the future. It’s fatally flawed. This is according to Paul Donovan, the chief global economist at the Swiss investment bank, UBS. Following a scathing internal blog post he penned down just days ago, he appeared on CNBC to clarify his stand, and he had no kind words for cryptocurrencies. Donovan stated that cryptos’ fundamental flaw was that they are never going to be a store of value. In what has been a common phenomenon with most crypto skeptics, he concluded by saying that he believes blockchain technology has massive potential.

I Come to Bury Bitcoin

Just a few days ago, Donovan composed an internal blog post for the Basel, Switzerland-based investment bank which tore into cryptos. Borrowing from William Shakespeare’s famous play Julius Caesar, the post was aptly titled ‘I come to bury bitcoin, not praise it.’

In the post, Donovan stated that the crypto bubble was on its death throes and cryptos would never be currencies.

He proceeded to state that “the evil of the bitcoin bubble lived on”, and that it had deprived the masses of their wealth and given it to a select few. He concluded by stating:

Donovan later appeared on CNBC’s Fast Money, and he was as steadfast as ever about his opinion on cryptos.

To be honest, I think anyone with a high school education in economics has been a bitcoin skeptic right from the start. These things were never going to be currencies, they are not going to be currencies at any point in the future. They are fatally flawed. And as a result, right from the start of the hype, sort of late last year, it was fairly obvious that this was going to end badly.

Any bubble begins by the innovation of new technology, Donovan explained. This allows the popular “this time it’s different” phrase to be used which lures people in. That’s exactly what we have with cryptocurrencies, he observed. Most of the people who invested in cryptos didn’t fully comprehend the quantitative policies involved and how printing money would create hyperinflation.

As with many other skeptics, Donovan believes that there is immense value in the blockchain technology that underpins cryptos. However, even this he believes has been overhyped.

So, does bitcoin have any use case?

Donovan believes not unless the government was to be wiped out.

I think if you are looking at a situation where the government ceases to exist, for all intents and purposes, that does help remove one of the main obstacles, which is you can’t pay taxes in bitcoin. Some people claim that you can in various locations, but you can’t.

However, Donovan’s sentiments come just days after the state of Ohio announced that it would accept crypto payments for taxes. While making the announcement, the treasurer of Ohio, Josh Mandel, stated that one of the reasons behind the decision was that the 1 percent charged by bitcoin payments processor BitPay is less than the 2.5 percent charged by credit card companies.

The post ‘I Come to Bury Bitcoin.’: UBS Executive Says Cryptos Will Never Be Currency appeared first on NullTX.